Sign up for our monthly Newsletter to get your free coupon. 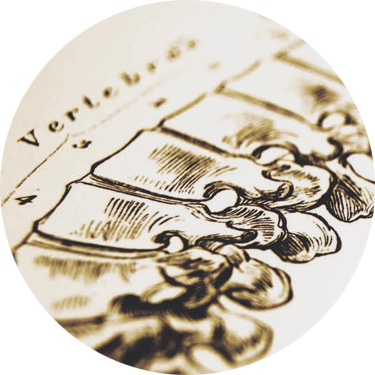 Chiropractic on Eagle in Newmarket has been serving families for 16 years – we have been fortunate to have helped our community get better, naturally (see what some of them say about us by clicking here). Millions of Canadians choose chiropractic care each year. The numbers continually grow as chiropractic leads all other health care providers in the wellness industry. More and more families are choosing chiropractic as their wellness strategy to ensure maximum health and well-being today and for their future. Research is continually growing to support what chiropractors have known for over 100 years.

We follow an evidence-informed care model in our office.  We take in consideration both the available evidence and our clinical experience (well over 5000 patients and counting).  However, one of the most important things we take into consideration is the values, goals, and treatment preference of our patients.  This model has allowed us to achieve great results!

Some conditions that are listed below are examples of chiropractic’s success in helping the body recover.

Seventy seven patients were divided into three groups. One group received needle acupuncture, one group an NSAID and one group chiropractic care.

This is the case study of a 60-year-old woman with MRI documented herniated cervical disc. Symptoms included deep, constant, burning ache in the left arm, and severe neck and left shoulder pain. Under chiropractic care the patient’s pain and numbness disappeared and her grip-strength returned to normal within 5 months.

This study showed that chiropractic was as effective in reducing symptoms of CTS (carpal tunnel syndrome).

Three groups of patients with back pain were given a nine week course of care using medicine, acupuncture or chiropractic care. The results showed a significantly higher number of satisfied chiropractic patients.

This study reported that there is “strong evidence of the effectiveness of manipulation for patients with chronic low-back pain.”

Two patients with sciatic neuropathy and confirmed disc herniation received chiropractic care. A follow-up CAT scan in the first patient revealed complete absence of disc herniation. A follow up scan in the second case revealed the continued presence of a silent disc bulge at the L3-4 level and partial decrease in a herniation at the L4-5 level. The bulge appeared to have shifted away from the nerve root. Both patients’ pain levels decreased from severe to minimal as they regained the ability to stand, sit and walk for longer periods without discomfort and lifting also became easier. They were able to return to full time work capacity at three and nine months respectively.

This was a six month study of 127 migraine sufferers half of whom had diversified chiropractic adjustments. The other half was the control group. Subjects in the manipulation group demonstrated statistically significant improvement in migraine frequency, headache duration, disability and medication use. 22% of those undergoing chiropractic care reported more than 90% reduction in migraines after two months. About 50% reported significant improvement in severity of migraine episodes.

The effect of spinal manipulation in the treatment of cervicogenic headache. Nilsson N, Christensen HW, Hartvigsen J. Journal of Manipulative and Physiological Therapeutics, 1997; 20:326-330.

This is a randomized controlled trial performed at the University of Odense, Denmark by chiropractors and medical doctors.

Chiropractic effects on athletic ability.
Lauro A. Mouch B. Chiropractic: The Journal of Chiropractic Research and Clinical Investigation. 1991; 6:84-87.

One group received chiropractic adjustments, the other served as controls. Eleven tests were used to measure aspects of athletic ability including: agility, balance, kinesthetic perception, power, and reaction time. After 6 weeks, the control group and chiropractic group were examined.

This paper discusses 23 successive cases (5 male, 18 female from 11 to 76 years of age) of primary fibromyalgia and chronic fatigue syndrome suffering from 2 to 35 years.

Total chiropractic visits ranged from 20 to 48. All patients reported maintaining their improvements at 1 to 1 ½ years or more of follow up. After care every patient was able to resume normal activities including full time work.

“Improvement in symptoms of 92-100% was achieved in both these syndromes…A causal relationship between biomechanical faults in the upper cervical spine, abnormal central neurophysiologic processing and subsequent peripheral neuropathophysiology, is suggested as the possible genesis of these two syndromes.”

Twenty-eight patients with anterior knee pain (AKP) were randomly assigned to receive chiropractic care or no care (control group). The chiropractic care was designed to correct SI-joint dysfunction. Before and after care, knee-extensor moments, muscle inhibition (MI), and muscle activation during full effort and isometric knee extensions were measured. Patients showed substantial MI in both legs. Functional assessment revealed SI-joint dysfunction in all subjects (23 symptomatic and 5 asymptomatic). After care, a significant decrease in MI of 7.5% was observed in the involved legs of the adjusted group. MI did not change in the contralateral legs of the treatment group or the involved and contralateral legs of the control group. The results of this study suggest that SI-joint manipulation reduces knee-extensor MI. Spinal manipulation may possibly be an effective treatment of MI in the lower limb musculature. (J Manipulative Physiol Ther 2000;23:76-80)

The effects of chiropractic treatment on pregnancy and labor: a comprehensive study.
Fallon J. Proceedings of the world chiropractic congress. 1991; 24-31.

The hormonal changes that occur during pregnancy can change the shape of the spinal curves and overall posture which can affect organ systems. In this study Dr. Fallon describes her work with 65 women who received chiropractic care from at least the tenth week of pregnancy through labor and delivery. These women experienced mean labor times significantly reduced compared to controls. Women who were primagravidae (first pregnancy) who received chiropractic care averaged 24% shorter labor times than average for primagravidae women. Women who were multiparous (had had at least one child prior) averaged 39% shorter labor times versus controls.

It is a common observation that birthing seems to be more comfortable for women who were under chiropractic care during pregnancy. The chiropractic drug-less approach is ideally suited for pregnancy care.

This is a prospective, observer-blinded, pilot randomized clinical trial of 20 patients aged 20-65 with low back-related leg pain. Patients were divided into three groups. One group was given medical care, one group chiropractic care and one group steroid injections. All groups showed substantial improvement at the end of the 12 week study.

Many medical doctors prescribe bed rest for sciatica, yet according to the authors: “For low back pain, bed rest has traditionally been considered effective, although there are few objective data to support this view and in recent years evidence of the ineffectiveness of bed rest for low back pain has accumulated…bed rest continues to be widely used to treat sciatica.”

From the conclusion: “Among patients with symptoms and signs of a lumbosacral radicular syndrome, bed rest is not a more effective therapy than watchful waiting.”

This is the case of a two-month-old female presented with obstetrical brachial plexus injury (Erb’s palsy) that had been under the care of several medical pediatricians without resolution. The condition showed complete resolution under chiropractic care without any complications or residual impairments.

A case study of a 7-month-old infant who had been medically diagnosed with the disorder as birth-trauma related. Summary: Six sessions of chiropractic management involving low force adjusting and gentle myofascial release work were administered based on clinical mechanical findings derived form an apparent right hand and right leg dominance in the child. The child had not previously responded to several weeks of physical therapy. Following chiropractic care, the case completely resolved. The response was sustained at one year follow-up.

Case study of a 71 year-old woman who had “sudden onset of severe disabling vertigo.”

The patient tried standard medical care for almost a year with very little relief. Then, she went for chiropractic care. The cervical adjustments she received resolved the vertigo.

This short paper includes a well-written section on the causes of vertigo, and discusses the theories of cervicogenic vertigo’s causes.

Maintenance care was more effective than symptom-guided treatment in reducing the total number of days over 52 weeks with bothersome non-specific LBP but it resulted in a higher number of treatments. For selected patients with recurrent or persistent non-specific LBP who respond well to an initial course of chiropractic care, MC should be considered an option for tertiary prevention.

More Information For You